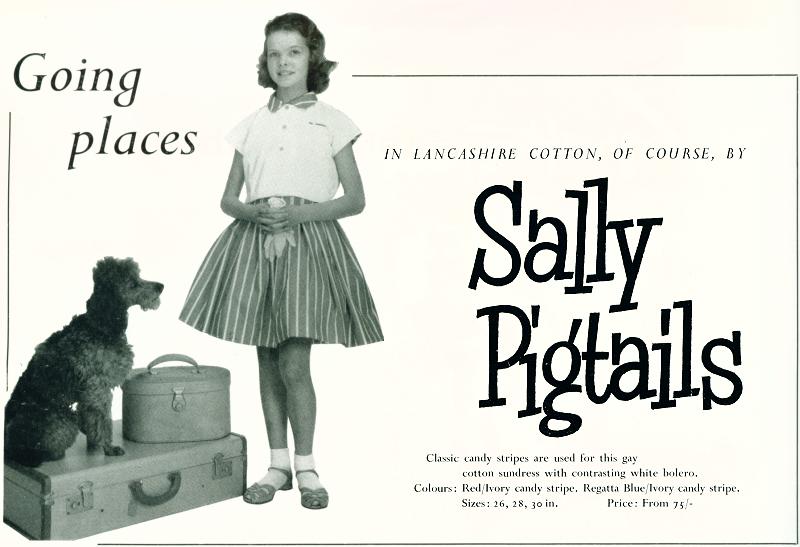 Calculations vary as to rates, but a working average would suggest at least a 20x inflation over the six decades since. Hence, a large loaf of bread costing one shilling in 1959, would cost at least £1 today at the cheapest supermarket prices. As there were 20 shillings in one Pound, this equates to a 20x inflation rate for bread, although this does vary for other products.

This being the case, the girl's dress at 75 shillings in 1959 would, allowing for 20x inflation, cost £75 today. Maybe it was not such a bargain after all!

My favourite outfits were from Sally Pigtails.

Ah, she looks sweet - I'd love my daughter to dress like that, but sadly she's not impressed.

Maybe I should surprise her at Xmas lol.

I still have a dress made by sally pigtails