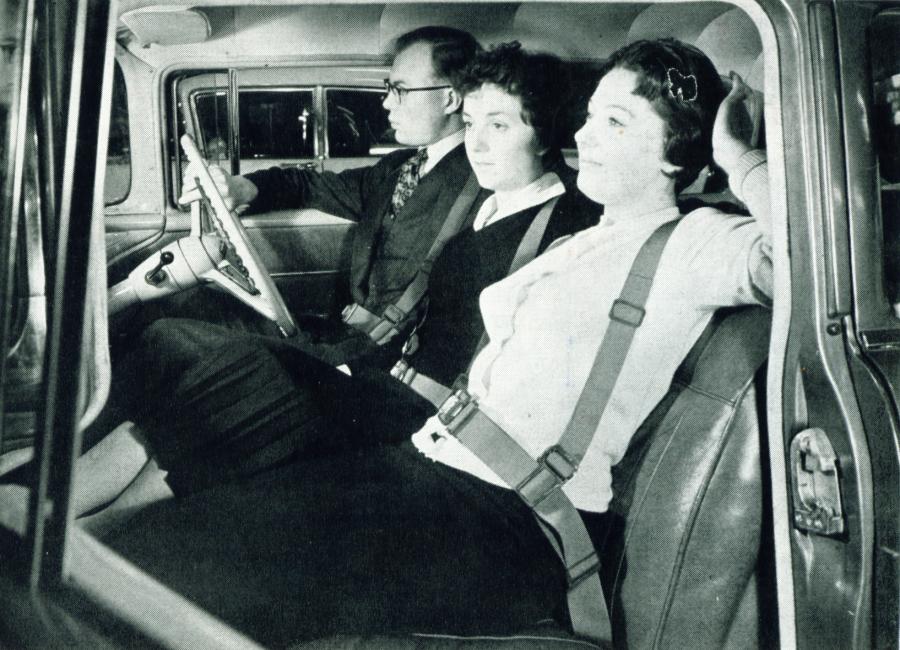 Driver and passengers fitted with safety harness. Such harness can often protect a car's occupants from what would otherwise have been a fatal accident. 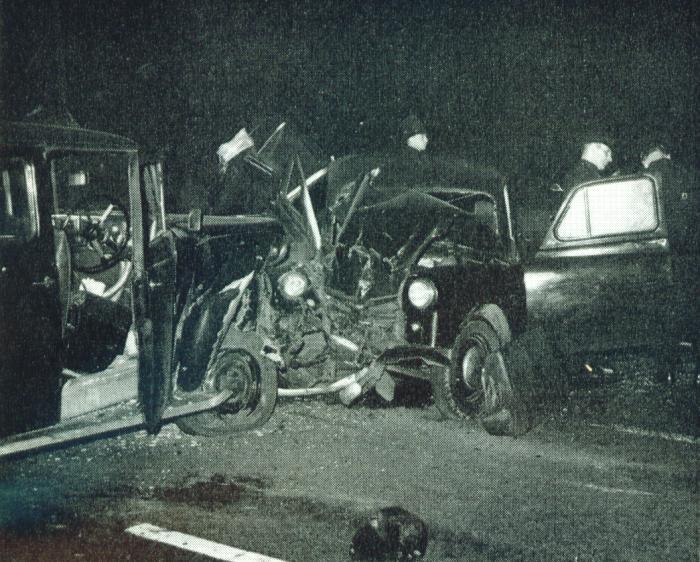 Strangely enough, although five were injured, no one was killed in this 1957 pile-up which took place on Princess Parkway, Northenden, Manchester. 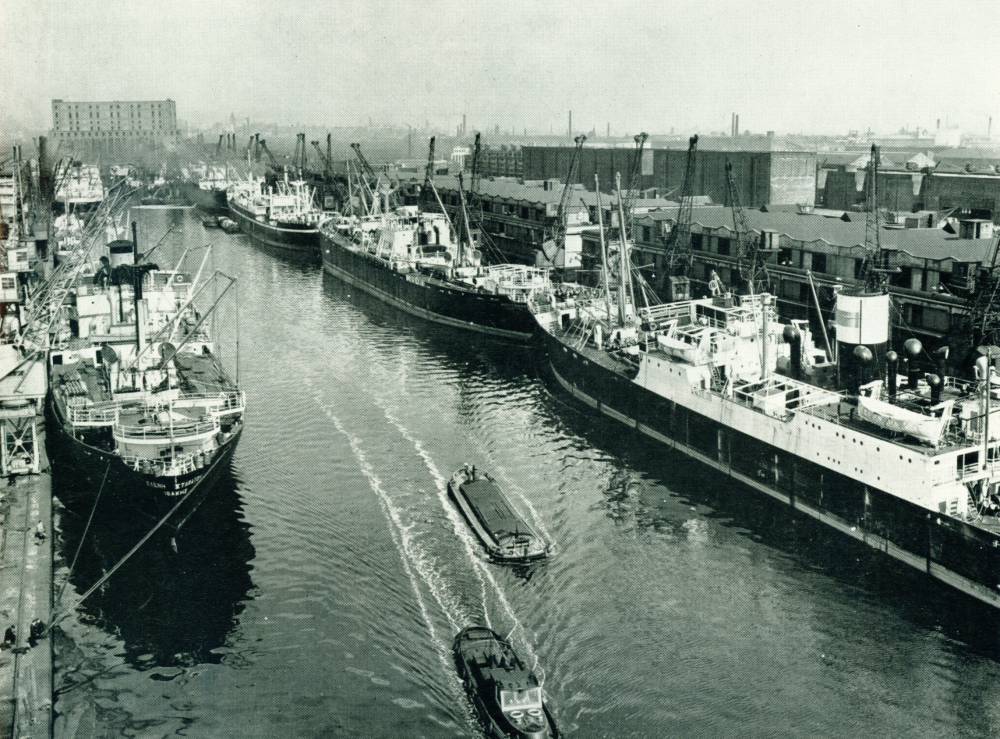 A view of No. 9 Dock, looking towards the city centre. The large building at the head of this dock is No. 2 Grain Elevator, which has a storage capacity of 40,000 tons. The dock is equipped with the most up-to-date cargo-handling facilities in the country. 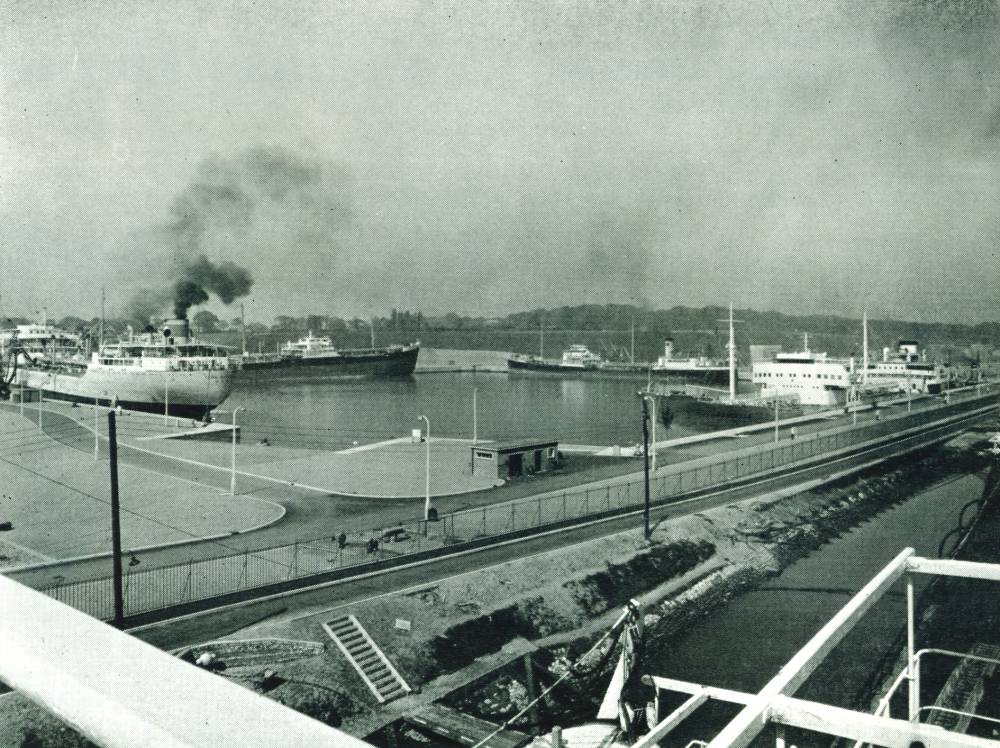 The pride of the Manchester Ship Canal Co - the Queen Elizabeth II Dock, the largest oil dock in Britain. Opened by the Queen in January, 1954, it covers an area of nineteen acres, and is both longer and wider than Trafalgar Square. 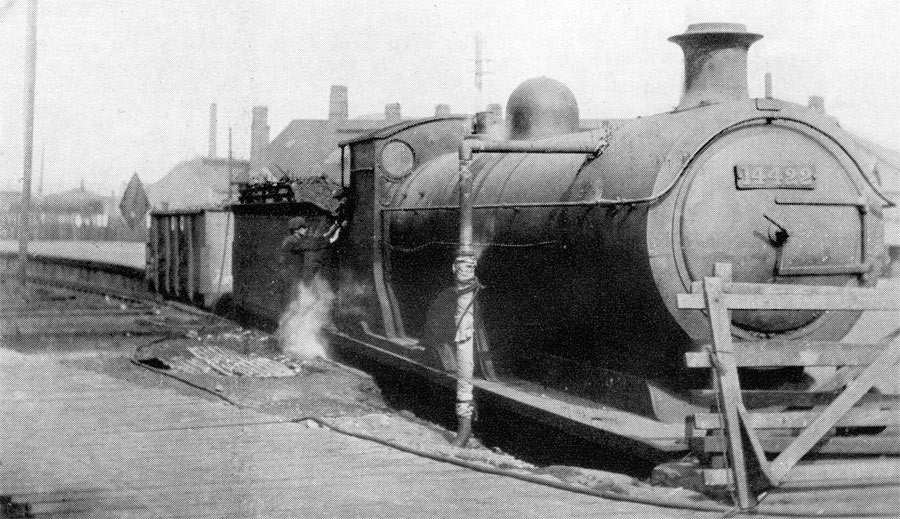 Usually when an engine is withdrawn from traffic and consigned to scrap, it seldom, if ever, is heard of again in its original form. Strange, then, is the experience of the old Highland Railway engine of the large "Ben" class - Ben Achaoruinn, No. 14422 - built in 1909 and withdrawn at the beginning of March last. Partially dismantled, this old "Ben" has had a temporary reprieve from further destruction to serve a purpose far removed from the activities of a railway locomotive. A new boiler had to be installed in the laundry serving the station and station hotel at Inverness, and to permit the dismantling of the old one, and erection of the new, without interruption to the services, the old engine was propelled to a bay in the station close to the laundry premises, where, as the photo shows, a 3-inch steam pipe was connected from the engine boiler to the steam supply pipes underground leading to the laundry, hotel and District Office Buildings.

Ex Midland Railway Double-framed 2-4-0 built at Derby Works to the designs of Matthew Kirtley. There were 22 of this class, which had 6'-3" driving wheels and were originally built for the newly-opened main line from Bedford to St. Pancras. Four only of these engines now remain. 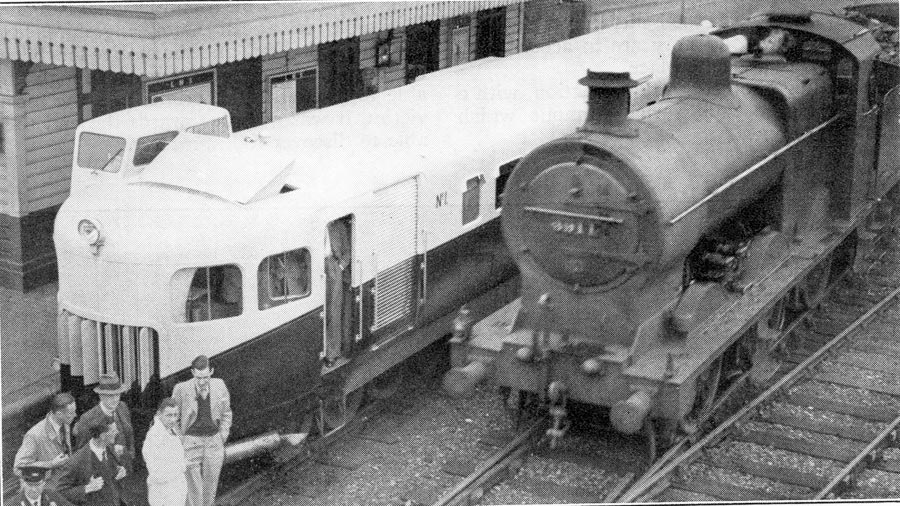 The car shown above is a pneumatic-tyred vehicle, built by Armstrong Siddeley Motors, Ltd., of Coventry which is on trial in service between Rugby and Wansford, travelling via Market Harborough and Seaton. 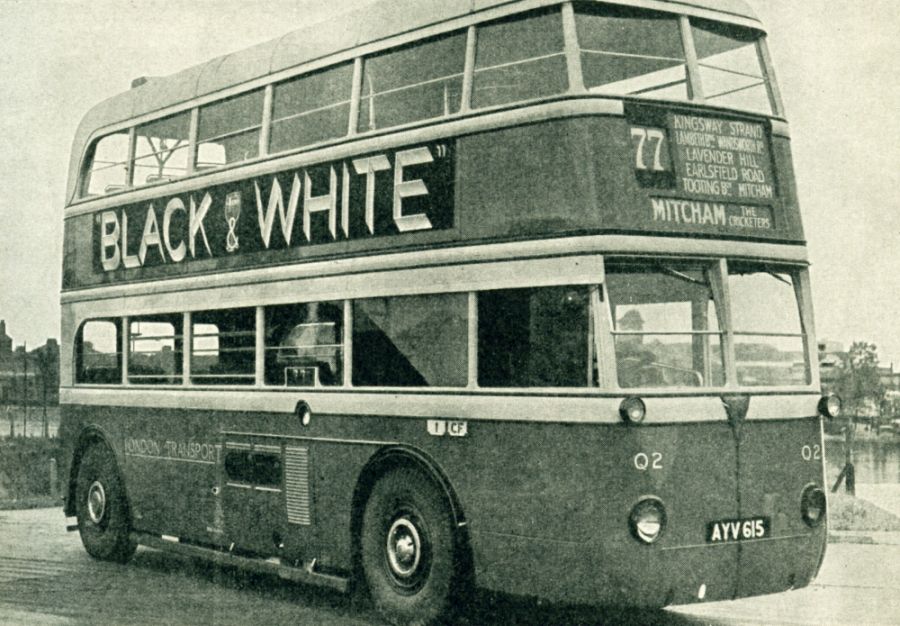 The comfort of a modern London Transport omnibus, c1935. 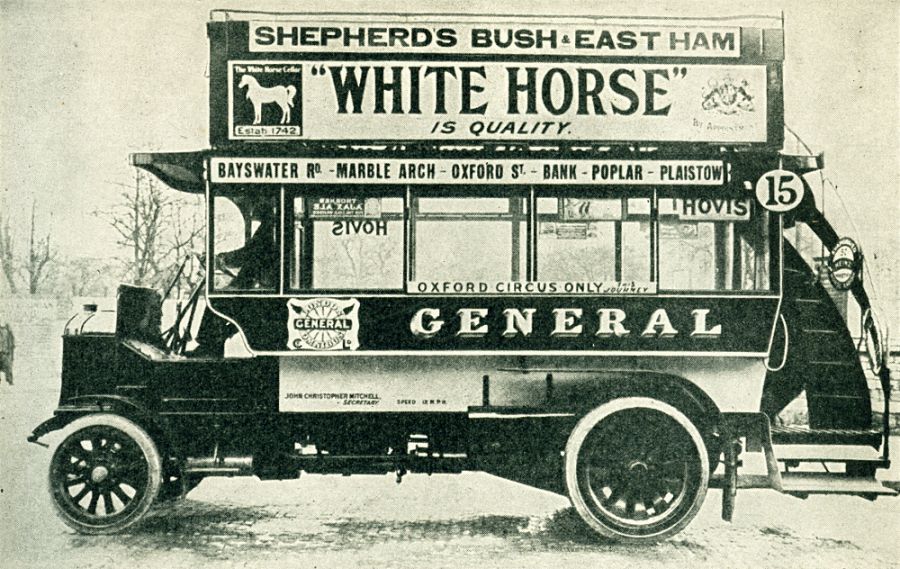 Pre-war London omnibus which would rattle along at a few miles per hour.